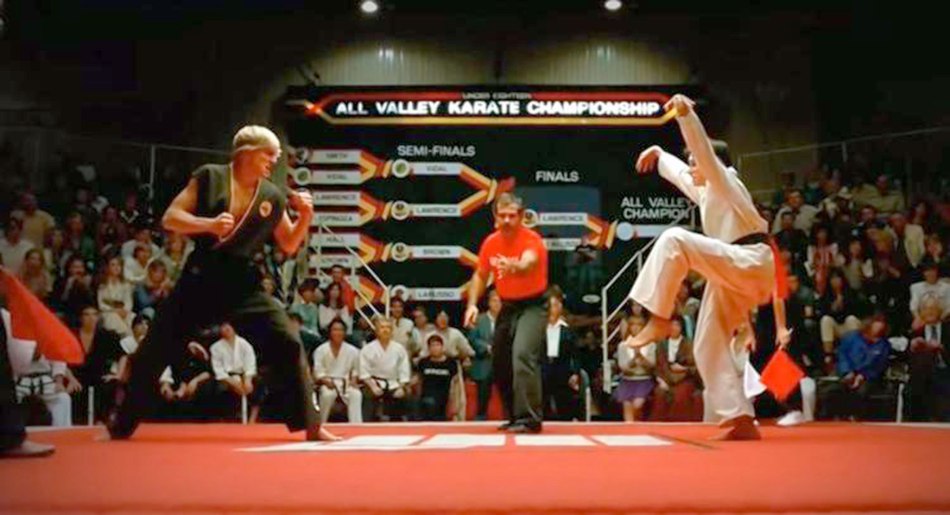 Today’s episode kickstarts our 2021 programming, and we are starting off with a super doozy! If you’ve already binged all of Cobra Kai Season 3 (or even if you haven’t), why not go back to where it all started? That’s right! View the film that started a rivalry that’s spanned four decades, which is not as sad as it sounds! 1984’s The Karate Kid, starring Ralph Macchio, William Zabka, Pat Morita, Elizabeth Shue, and Martin Kove!

In this film, we meet Daniel LaRusso–a kid that has a whole summer of YMCA Karate under his belt. That’s when he decides to go to a beach party and start a fight over a radio!

In all seriousness, this is one the greatest films ever made, and it spawned a franchise that is every bit as beloved now as it was back in the 80s. This classic has even been introduced to a whole new generation with the Netflix series Cobra Kai.

Please consider leaving a review wherever you consume podcasts! Our favorites will be discussed on-air.