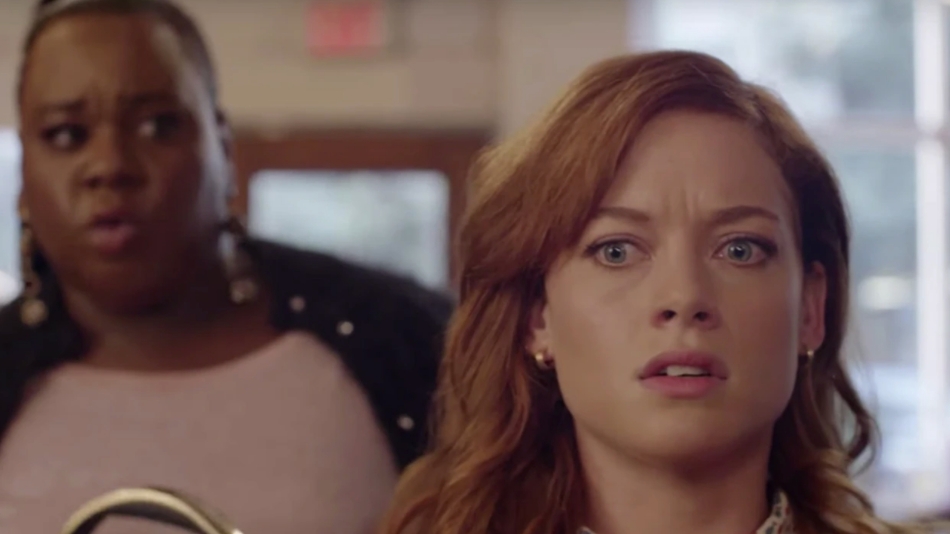 Zoey’s Extraordinary Playlist finally got it right. The fourth episode of its first season is the first time that the show was able to hold me for the entire hour and make no significant missteps in staging or world-building.

Part of this revelation could be that the series is mostly done with its world-building and is more focused now on telling the story. The characters here are all pretty compelling, and their relationships give the show plenty to do. If the series would spend more time being a musical and less time being a show about a girl with special powers, I think it would be better for it. Of course, her powers are the whole point, though, so what do I know?

The central conflict of the season’s fourth episode centers around Zoey’s helpful and over-the-top neighbor, Mo–a gender fluid individual that lives across the hall. Mo is seemingly out and proud as gender fluid–he dresses in mostly feminine clothing and wears makeup–but Zoey overhears Mo singing the classic Platters song, “The Great Pretender,” which tips Zoey off that there may be something wrong with her friend.

Mo denies having any inner turmoil, but when Zoey follows Mo to church, she sees Mo dressed in men’s clothing–something she’s never seen Mo do. Zoey realizes that Mo is struggling with his (the pronoun the show uses) identity as it relates to his faith. Mo stops going to church, and she starts avoiding Zoey.

Meanwhile, Zoey has learned from Mo that there is a woman living downstairs in their apartment building that has shut herself in. Zoey hears the woman singing songs about tropical getaways (Beach Boys and Jimmy Buffet songs). Knowing she’s a shut-in, Zoey just talks to her through the door about “vibing with her.” Zoey offers some options for getting her out of the apartment, but to no avail.

Elsewhere, Mo has also become a shut-in, and is refusing to see Zoey. On her way into her apartment one night, Zoey meets the pastor of Mo’s church. He knows that Mo is gender fluid. He also says that while a lot of religious people may not be accepting of Mo’s fluidity, he hoped that his church could be that kind of place.

When Zoey is finally able to convince the agoraphobic downstairs neighbor to walk upstairs to meet Mo, her bravery convinces Mo to head back to church in all her gender fluid glory.

The b-stories this week see Joan continuing to deal with her divorce by going on a low-carb diet. Zoey’s mom is also exploring her hobbies since the kids are helping with dad more often.

The family drama continues to be a source of powerful moments for the series, and this episode provides another. Zoey’s brother asks Mitch for advice about being a father, and Mitch–who has a cognitive disorder and cannot communicate through traditional means–types that he should play the wedding video. In the video, we see a healthy Mitch deliver a toast. Seeing the video of his healthy self is too much for Mitch, who begins to cry.

As I said earlier, this episode really indicates that Zoey’s is figuring out what it wants to do and how. This week was the first mention of the phrase “heart song” (if memory serves), which is important. The heart song is the song Zoey hears people singing when they communicate with her through song. Even the coinage of this simple terminology helps flesh out the mythos. She isn’t just hearing random songs, she’s hearing their heart song.

This week saw fewer mass-choreographed numbers and no songs-only-as-punchlines. I’ve mentioned many times how the physical representation of Zoey’s experiences with the heart songs really take me out of the episode sometimes, but not here. This episode showed real restraint in that department, and it was better for it.

Finally, I don’t give enough credit to the core cast of this series. Jane Levy, Alex Newell, Lauren Graham, and Peter Gallagher are all major standouts this week.

Chances that Zoey is Dead

There was a lot of God talk this week, so the odds that Zoey is dead have increased just a bit.

I’m working hard on getting back on track with these reviews this week. Hopefully, I can get episode five up before episode six airs.

How do you feel about Zoey’s so far?