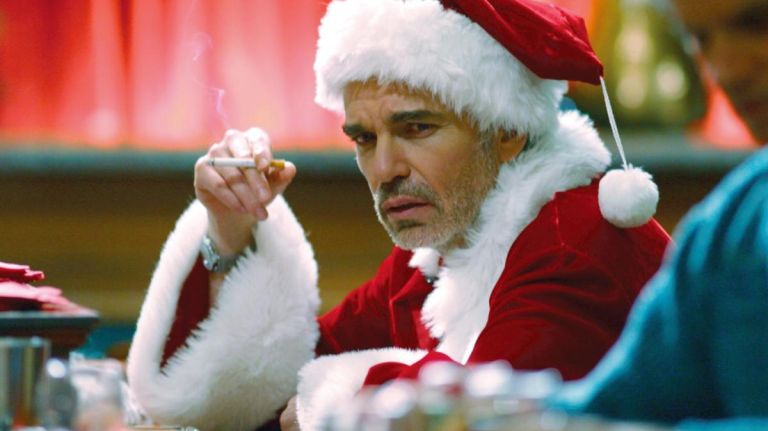 In this film, Willie Stokes (Thornton) is a miserable, alcoholic thief disguised as a mall Santa along with his partner Marcus (Cox) as his elf. The two work a mall, then rob said mall on Christmas Eve. This time around Willie meets the strange child, Thurman Merman (Brett Kelley), and Sue, a bartender with a Santa fetish (Graham).

The foul-mouthed, heavy drinking Willie has a battle with his conscience with the new individuals in his life. Will he be able to do the right thing on Christmas Eve? Will Shane be able to stomach this film? Will Bryan be able to finish the movie despite rewatching one scene over and over?

Listen and find out!