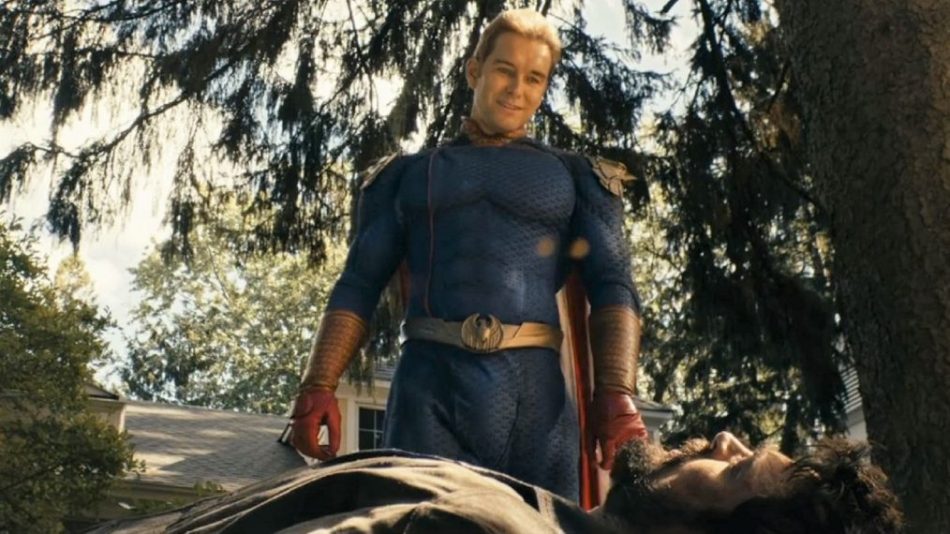 **Note: This article contains spoilers for season one of The Boys.

Over the weekend, Amazon dropped the first teaser trailer for the graphic novel adaptation, The Boys.

The Boys is a dark take on the superhero mythos that takes its inspiration from DC’s Justice League. In this world, superheroes are owned by corporate entities, and they are public figures. Of course, as is typically the case when a corporation gets involved, this system is pretty corrupt.

Season one of The Boys left audiences on the edge of a cliff as it was revealed (SPOILER) that Homelander (Anthony Starr) had fathered a child with Billy Butcher’s (Karl Urban) wife. Of course, we spent the better part of season one thinking Homelander’s sexual assault of Butcher’s wife led to her death (in one way or another). This is ultimately what drives Butcher’s quest to destroy the Supes–especially Homelander.

The season one finale’s reveal that Butcher’s wife is not only alive, but that she has a son who is apparently Homelander’s, sets up season two for a hell of a ride. And if this trailer is to be believed, it’s as blood-soaked and action-packed as the first season.

What do you hope to see from this new season of The Boys?