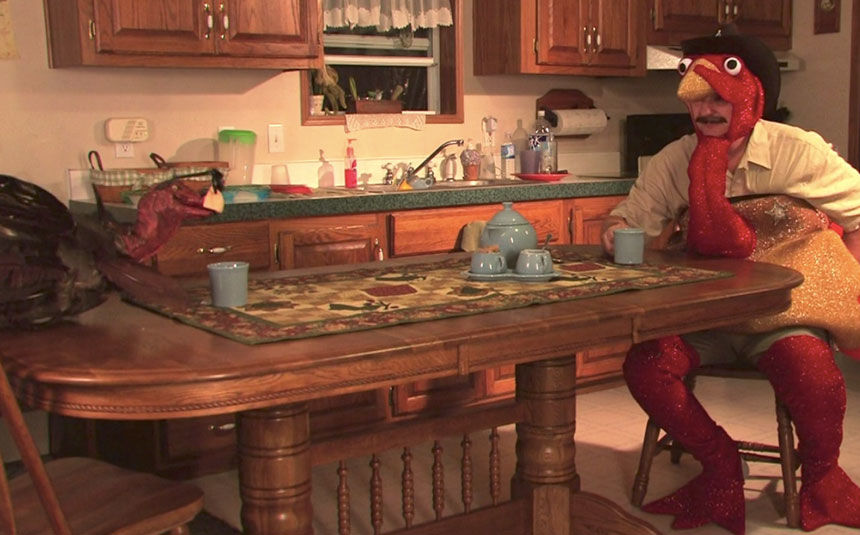 On this week’s edition of The Plotaholics Podcast, Shane and Bryan tackle the modern-day Thanksgiving Classic (?) ThanksKilling.

This 2008 horror, black comedy film was written, directed by Jordan Downey. Downey also lends his voice talents to Turkie, a demonic turkey unleashed by a Native American Shaman during the first Thanksgiving. Turkie becomes active when his resting grounds are desecrated or disrespected. When a group of five college students on Thanksgiving Break run a fowl of his land, they are soon stalked by the wise-cracking, master-of-disguise, Turkie.

This film offers you everything you didn’t know you needed (?): naked pilgrims, topless rednecks, an afterlife where there are no turkeys, and an extra small gravy flavored condom.

Do not watch this film alone. Trust us on this. Gobble, gobble mother fuc$ers!