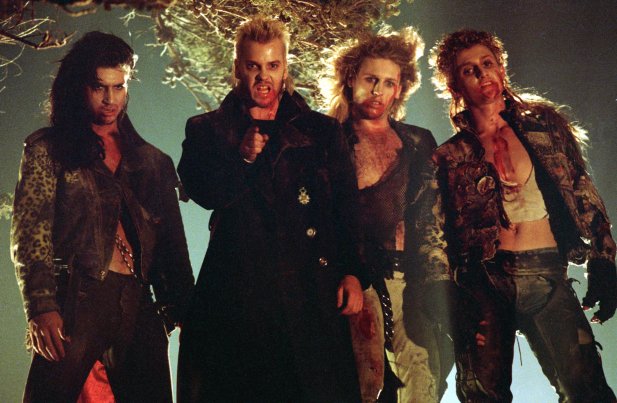 Following up from last week’s Evil Dead double (well triple) feature, we are back with THE vampire film of the 1980s. This is the film that won our Listeners’ Choice Poll by a landslide, the film that will never grow old, never die, but must feed.

This is a film that so many people in the horror-comedy genre hold in the highest of high esteems. The Lost Boys is a film that paved the way for pop-culture juggernauts such as Buffy the Vampire Slayer, Charmed, and  Supernatural (just to name a few).

So cuddle in and vamp out as Shane and Bryan dissect this amazing film and enjoy!